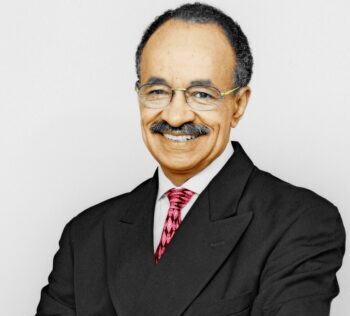 On May 13, six years ago, SOCS founding/honorary emeritus member Dr. A. Paul Kelly passed away. Known as a “Quiet Pioneer” of skin of color dermatology, Dr. Kelly dedicated his life to researching issues associated with skin of color, and to improving dermatological care for his patients. He inspired and challenged nearly 90 dermatology residents, countless medical students, and numerous dermatology colleagues, domestically and globally, to address critical issues in dermatology and medicine.

Dr. Kelly was editor-in-chief of the Journal of the National Medical Association from 1997 to 2004. He was the second African American member of the American Dermatological Association and later, its president. He was the first African American president of the Association of Professors of Dermatology, and of the Pacific Dermatologic Association. He was also elected to the Alpha Omega Alpha Honor Medical Society and received the Outstanding Professor Award from the Charles R. Drew University of Medicine and Science’s academic senate. In 2007, the Dermatology Section of the National Medical Association named the first annual research lecture series after him and later a medical students’ scholarship. His textbook, “Dermatology for Skin of Color,” coauthored with SOCS Founder Dr. Susan C. Taylor, won two American Publisher Awards for Excellence.

Throughout his career, Dr. Kelly researched skin diseases in people of color, particularly keloidal scarring. After retirement, he became a Fulbright Regional Research Scholar* and brought his keloid research project to Sultan Qaboos University in Oman, where he assembled an extraordinary international team of dermatologists and geneticists to carry out an ongoing epidemiological and genetic study on familial keloids.

We honor Dr. Kelly’s memory and legacy. Learn more about this highly influential figure in skin of color dermatology: https://bit.ly/35vuQYA

*If you are interested in following in Dr. Kelly’s footsteps (and others), and pursue a Fulbright scholarship, we encourage you to visit their website, as the 2021-2022 Fulbright Scholarship Competition is now open.