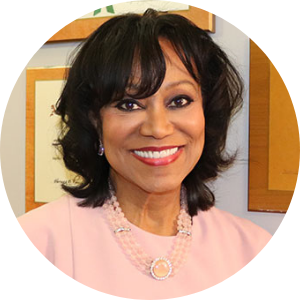 Pearl E. Grimes MD, FAAD is the Director of the Vitiligo & Pigmentation Institute of Southern California and is highly renowned international authority on vitiligo and pigmentary disorders. Dr. Grimes is currently serving as a Clinical Professor of Dermatology at UCLA. Her all-encompassing and dedicated approach to treating these disorders has attracted patients from various regions of the world for her expertise. She is both a clinician, researcher, and orator, lecturing globally on pigmentation disorders. She has also shared her expertise on cosmetic procedures such as fillers, chemical peeling, and microdermabrasion.

Dr. Grimes has received recognition within the field by being awarded the prestigious Dermatology Foundation “Practitioner of the Year” Award in 2011 and the Women’s Dermatological Society “Mentor of the Year’ award. She was placed on LA Magazine’s Super Doctors list for five consecutive years and on the “Best Doctors of America” list for the previous 12 years. Dr. Grimes was named as one of Hollywood’s Top Doctors by her peers for 2014 and 2015 in The Hollywood Reporter. Dr. Grimes is known for her ongoing research and is actively involved in performing Clinical Trials.

Join us for a FREE Grant Writing Webinar with succ

In a recently published article written by @browng

Read about past recipients of the Skin of Color So

Medical students, we invite you to join us! DERMA

SOCS in the News: The Media Takes Note of Members’ Expertise