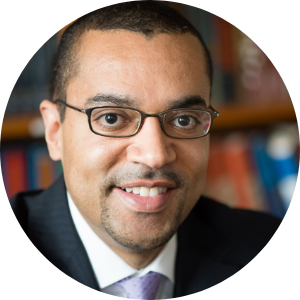 Andrew F. Alexis, MD, MPH is the former Chair of the Department of Dermatology at Mount Sinai Morningside/Mount Sinai West and Professor of Dermatology at the Icahn School of Medicine at Mount Sinai. Having served as Director of the Skin of Color Center for over 15 years, his work has helped to advance patient care, research, and education pertaining to dermatologic disorders that are prevalent in populations with skin of color.

Dr. Alexis received his medical degree from Columbia University Vagelos College of Physicians & Surgeons and his Master of Public Health at Columbia University Mailman School of Public Health. He completed his dermatology residency at Weill Cornell Medicine, followed by a fellowship in dermatopharmacology at NYU Langone’s Ronald O. Perelman Department of Dermatology.

Dr. Alexis has published more than 90 articles in peer-reviewed journals including the British Journal of Dermatology, Journal of the American Academy of Dermatology, and JAMA Dermatology among others. He has co-edited two text books and authored over 10 book chapters. Dr. Alexis is a frequent lecturer at national and international conferences and has been invited as a Visiting Professor or Grand Rounds speaker at many prestigious academic institutions.

Dr. Alexis has appeared on ABC, CBS, NBC, and FOX television news programs and has been quoted in numerous leading publications, including the New York Times, Wall Street Journal, Forbes, Vogue, Allure, and Essence. He is listed in Castle Connolly’s Top Doctors ™ and Super Doctors®.

Check out this interesting article in @mdedgefmc N

Did you know? For more than a third of healthcare

In honor of Mother’s Day, we celebrate all the m

Did you know? The Skin of Color Society Foundation

In recognition of Melanoma Monday today and Skin C

Have a listen to this informative podcast featurin